Other cities like Delhi, Lucknow, Jaipur and Amritsar had emulated Ahmedabad's Heritage walk. The old city, known as the walled city is a congested place. There are narrow pols(streets) and heavy traffic round the clock. Ahmedabad Municipal Corporation's Heritage Cell organizes Heritage Walk programme since 1997. With active participation in the same, one can experience the old era of city.

Some world famous Islamic architectures, unique Hindu and Jain temples, big mansions with rich woodwork, the construction of pols and the lifestyle of the people livingin those pols are the peculiarities of this city. it is necessary to take up Heritage Walk to watch the architecture, art, religious places, culture and tradition of the walled city.

To start with the same, you need to reach kalupur Swaminarayan temple at eight o'clock in the morning. 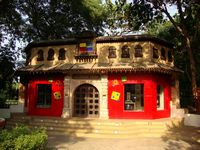 Ahmedabad Municipal Transport Service (AMTS) has made a special arrangement for tourist to visit historical and other well known places in Ahmedabad. This bus service is available from Lal Darwaja.

You can enjoy comfortable air-conditioned city tour with professional tour guide. Pick-up point is opposite to Gandhi Ashram. The tour is not operated on Monday afternoon. There are some changes in route of morning and afternoon tour.

Adults as well as children can travel by municipal bus wherever they like from 6:00am to 10:00pm. The ticket charges : for adults Rs. 20/-and for children Rs. 5/-. The ticket could be obtained from the bus conductor. This bus service is available on all days of the week.

The taxies are very convenient for travelling but not suitable in the walled city.You may explore the city comfortably with a hired car and may also have a trip to the nearby places.

The most convenient transport for visiting the walled city is auto rickshaw.It is easily available from any corner of the city.It is advisable to check the meter and enquire about the rates before hiring rickshaw to avoid any controversy later.

Main roads of the city - An Introduction

The road from Teen Darwaja (Three Gates), Pankor Naka upto Panch Kuva Darwaja was known as Reed Road. But it was popularly known as Richie Road among the common people. It was renamed as Gandhi Road during,the freedom movement. The Present Relief Road starting from Electridty House upto Manilal Mansion was opened as Tilak road in 1921.

As the city progressed, C.G. road was developed into a modern road after 1985 by Municipal Corporation under the road development scheme. The name of Sheth Chimanlal Girdhardas, a well-known person of the city, is associated with this road. C.G. road is modernised in every respect.

Ring Road widened to 132 feet and known by its width has been developed around the city connecting the areas of AUDA (Ahmedabad Urban Development Authority). These areas are now within the limit of mega city. Ring road starting from Chimanbhai Patel Market at Sarkhej touches Chimanbhai Patel statue, Subhash bridge, Sabarmati.

Very recently, Sarkhej-Gandhinagar Highway popularly known as S.G. Road has become happening. It is continuously developing these days. If we start from Sarkhej end, we can first see Karnavati Club. After crossing YMCA, we will come across a row of multiplexes. There is very heavy traffic on the Satellite Cross Roads due to Big Bazar,Iscon Temple and Multiplexes. The road is often so overcrowded that we do not find space to move along Giant shopping mall 'Iscon shopping mall' is located along S.G. Highway. As we pass along the road, we come across Rajpath Club, Gurudwara, Gobind Dham on Thaltej cross road and 'Antim Dham', a crematorium. We can take a turn to Science City from Sola over bridge. If we go straight along this way, we come across Bhagwat Vidhyapith and S.G.V.P.- Swaminarayan Foundation which looks like a palace. Very recently, Balaji temple has come into existence. There are other known temples like Marutidham and Vaishnodevi on the cross roads. Thus, the 10 km long S.G.Road looks pompous. 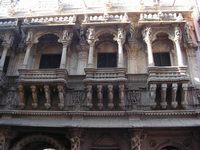 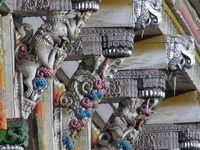 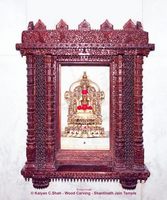 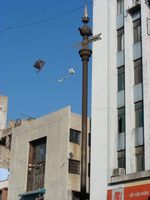 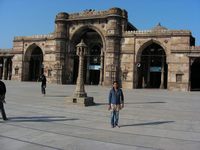 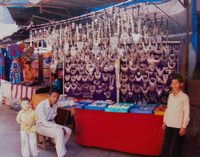 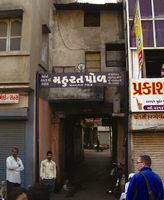 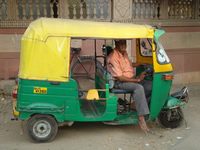 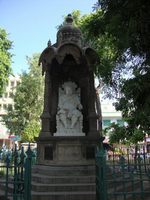 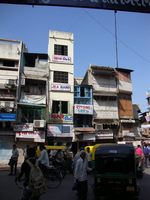 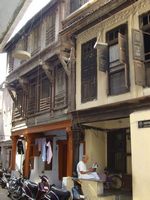 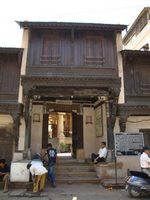 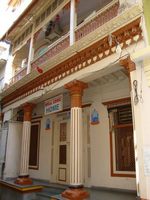 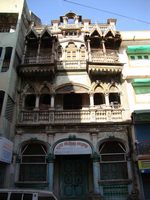